From bamboo stem to bamboo cane

From bamboo stem to bamboo cane

Bambuseae, bambusa, bamboo, you name it. But, where does bamboo actually come from? Many people think that bamboo comes only from China, but nothing could be further from the truth. In fact, bamboo likes tropical climates, which is why it can also be found in Africa, South America, Australia, Asia and southern North America, among others.

Bamboo comes in many shapes and sizes, with each species having its own unique characteristics. The bamboo canes in Van Nifterik’s assortment, are also known as tonkin (Latin name: Pseudosasa Amabilis) and split bamboo. Both products are used to guide plants as they grow. In this blog we tell you more about the production process.

Tonkin
Once the harvest of a bamboo plantation is ready for felling, the large bamboo poles are cut and transported to the factory. There the bamboo poles are checked for quality and the selected bamboo canes are cut to size. This is done in different grades, namely cut one and cut two. The first cut is solid bamboo with a thick wall. This is harvested/cut at the bottom of the bamboo, close to the ground. The second or even third cut is cut above that with thin tops. These canes are usually very tapered and thin walled. Finally, all bamboo canes are tested for thickness at the bottom and top and for straightness. If the bamboo is not straight, it can be straightened by heating the bamboo cane and then bending it straight. The tonkin canes from the region of our factory are made of raw bamboo and are used for growing flowers, plants and vegetables.

Split bamboo
The start of the production process of split bamboo, is almost the same as that of tonkin bamboo canes. However, the shorter poles – after the poles are cut to size – go through a machine, leaving bamboo strips. These bamboo strips then go through a cutter. This eventually leaves round split, which are further cut to size and sorted for straightness. Then, if necessary, we give the strips various treatments, such as staining, anti-fungal treatment, a plastic cover or we mount a clip on them. Finally, the split bamboos are packed into boxes and/or bales, after which they are ready for delivery.

Watch the video below for the entire production process. 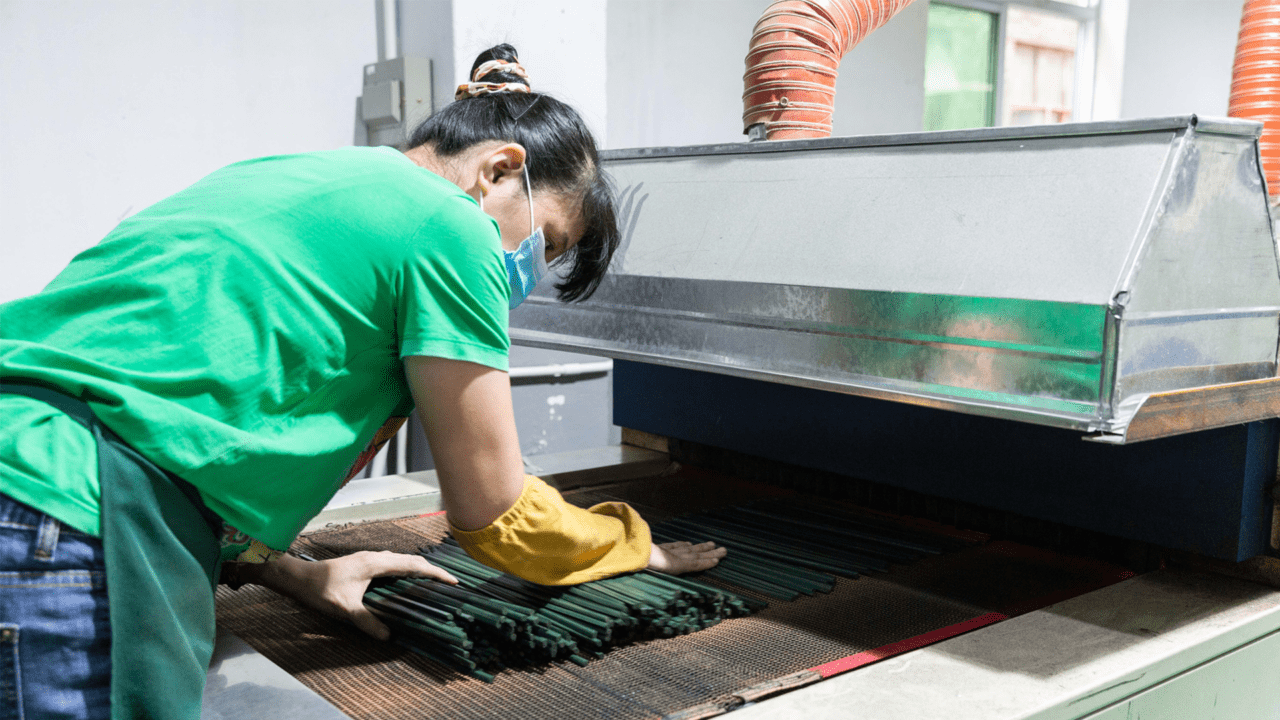